Mold is not Harmless so Take It Seriously Before it Kills You.

Mold alone is not really harmful to humans. 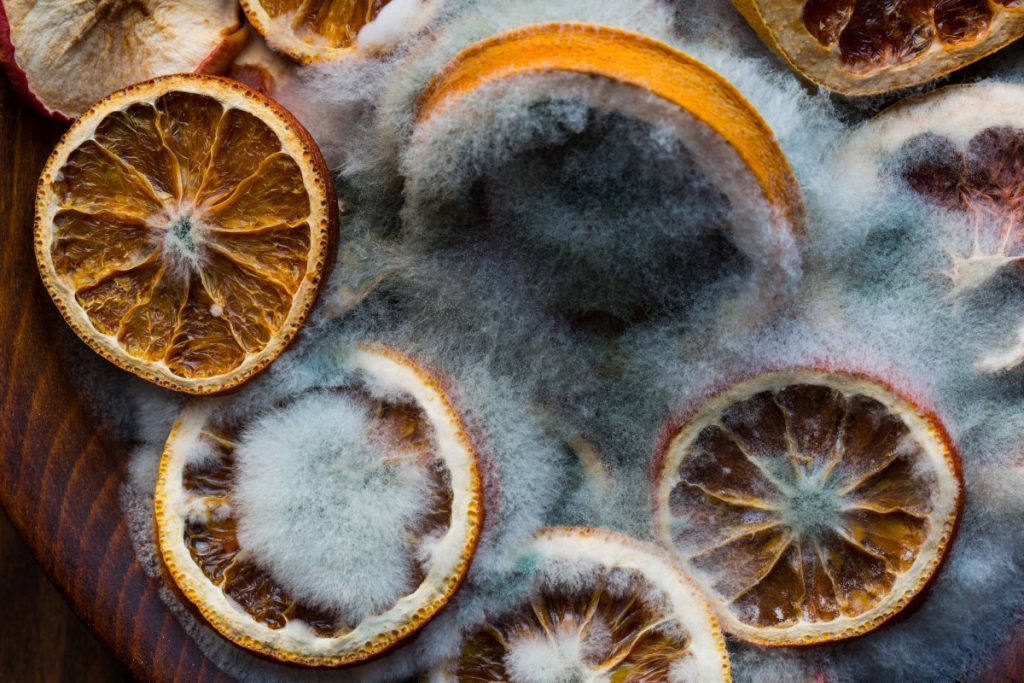 Mold: Can It Kill You?

Black mold is one of the species of mold, which is a fungus, and it has a black or dark green appearance.  It is also known as Stachybotrys Chartarum. They are even invisible at times, and these toxigenic substances grown in warm and moist environments.  They can grow anywhere and be unnoticed for years.

Mold alone is not really harmful to humans.  There are more than one hundred thousand species of mold, and it grows anywhere and multiplies very fast, but it’s incredible because it’s like they just wait to be awakened.  The spores sit and do nothing until they get wet then they sporulate. The problem lies in the fact that molds have spores which are harmful to us as well as the fact that they produce mycotoxins.  Mycotoxins are like bullets, and mold is the gun. A more straightforward illustration would be that molds kind of fight off each other for territory and the strongest wins, so they release mycotoxins to kill other competing molds.

Mold that Can Kill You has Been Around for Years

The health industry is not really oblivious to the dangers of mycotoxins.  Actually, some of our medications are derivatives of mycotoxins. They are worse than nerve gas and carcinogenic.  Truth be told, they are used in biological warfare as early as the 1900s. A mycotoxin was used in the Vietnam conflict.  The mycotoxin used was called yellow rain, and it resulted in ten thousand deaths. Sadam Hussein also used mycotoxin in the 1980s, and even the National Guard Review will tell you how to protect your troops from it.  My point is this; humans have not been innocent to mycotoxins and the danger they bring.

Mold Relevance Nowadays, and how can It Kill Us?

In the year 1950s seventy-five percent of the air we breathe was outdoor air.  There were fewer cars back then, and they didn’t have any  air-conditioning. Today, ninety-four percent of the air we breathe is indoor air.  How can I say that? Well, all our homes have centralized HVAC. When we go out, we get into our cars, park the closest we can to our office which is also air-conditioned.  Back in the days, if you want to research something you have to go to a library and use the Dewey Decimal System to find your book. Nowadays, you just take out your phone, and you can get information online no matter where you are and no matter what time it is.

The materials in our homes have also become more susceptible to the growth of molds.  For example, before we used plaster not drywall and nothing grows on plaster because it’s alkaline.  But at present, we use dry walls for our homes and buildings. Mold can live off them, and as a result, we are more exposed to them and their mycotoxins.

What Do the Mycotoxin released by Mold Do to Humans?

Everyone has an immune system, and it’s unique and different like a fingerprint, it identifies what is of the body and what is foreign, what is good and what is bad.  It serves as our barrier from things that try to destroy our body. Mycotoxins damage the immune system. They knock the walls down so they can get in. They are potent protein synthesis inhibitors, which mean they suppress the immune system.

As a result, you catch everything.  What’s worse is that it takes longer for you to get over it and you’re the first to get it.  If this continues and your immune system keeps fighting everything helplessly, your immune system goes haywire, and this is called immune dysregulation.  As your immune system becomes dysfunctional, it has a tendency to either underreact or overreact. For instance, you become overly sensitive like you can no longer tolerate some perfumes because it has a disturbing effect on you like it makes you allergic or feel dizzy.

If the doctors you go over to don’t realize that you are experiencing these symptoms because of mycotoxins, they just think you have an autoimmune reaction in which your own immune system fights everything including your own body, and they will put you on steroids which are immune system suppressants.  So, your immunity, which is already being suppressed by mycotoxins, even gets more suppressed. This is not really treating anything. It’s more like sweeping the real problems under the rug. In addition, steroids can cause a lot of other diseases like cataracts, diabetes, etc.

If your immune system is affected, you get fatigued, and you get too tired.  You don’t want to do anything. As the mycotoxins affect the immune system, the nervous system gets suppressed, and you experience MS-like symptoms such as numbness, tingling, headaches, significant memory loss, confusion, aphasia.  The rest of your body will also feel a waterfall effect, including the respiratory system, gastrointestinal system, and the skin.

When you are exposed for too long, the spores of the black mold stops the functioning of your organs.  Some effects cause irreversible damage, like birth defects and infertility. This takes a toll in the immune system leading to death.

Get Rid of Mold in Your House Before It Kills You

The longer you wait, the more expensive it can cost to remediate your property.  Mold can multiply very fast in the right conditions. Most of the time, when we see the presence of mold, they are already well-rooted into the area, and you’d need extensive removal right away.  This is because black mold can hide in high cellulose content surfaces like drywall sheets, porous materials, and air ducts amongst others.

The more you delay the removal, the more area it will affect, and the spores will be all over the unaffected areas in no time.  A lot of mold infestation is severe because the affected areas are invisible to the naked eye. They are in areas that we do not see on a regular basis, and it takes a professional to help assess the whole house.  While the process of remediation is not cheap, I believe it is more costly to wait. You’ll have more damage to your home and worst of all, you and your family can get sick, and your lives will be in peril. Just think about it, getting stressed and suffering different medical conditions are not worth taking so that you can save a few bucks.  Besides, in the end, getting sick will cost you more in medical bills and ruin your quality of life.

Mold is Not Harmless so Take It Seriously

If you are aware of mold in your house, do not allow it to take over your life.  It may seem an insignificant part of the food chain, but if left untreated, it can cause harm to humans.  So, call a professional and be proactive in the remediation process. In the end, you will be saving yourself a whole lot of money, inconvenience, and gaining good health.