Mold and Your Gut 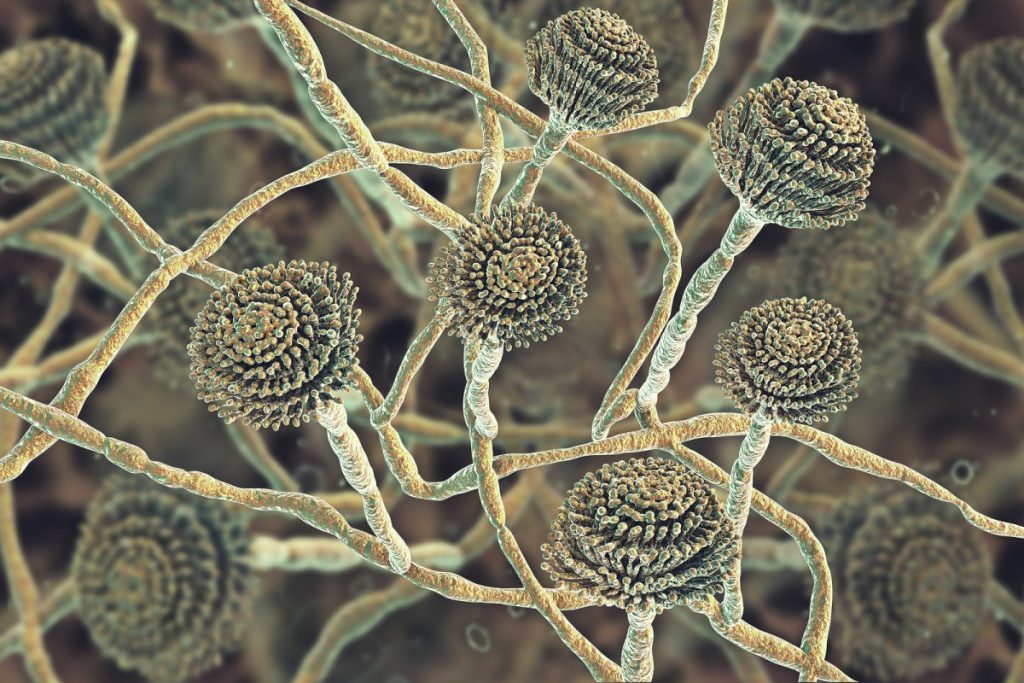 Mold and Your Gut – Effects

You may know by now that mold produces mycotoxins that can be harmful to your body and that includes your gut.  There are two sources of mycotoxins and mold, and one is from food. Mold can grow on crops because it feeds on organic matter.  The other source of mold is, of course, through water intrusion.

Mycotoxins are potent protein synthesis inhibitors.  They inhibit the synthesis of RNA and DNA (our cells stop working), cause oxidative stress, and cause mitochondrial directed apoptosis (cell death).

One of the most dangerous mycotoxins is aflatoxin.  It causes cancer of the kidney, cancer of the esophagus, cancer of the liver (some with a 10-year latency period), testicular cancer, etc.  Also, what mycotoxins do is to cause inflammation. Inflammation can cause arthritis, diabetes, Alzheimer’s disease, cardiovascular disease, cancer, pulmonary disease, neurological disease, and autoimmune disease.

The Effect of Mycotoxins – Mold and Your Gut

Studies discussed by Dr. Andrew Campbell, have shown that the gut microbiota is capable of eliminating mycotoxin from the host naturally.  However, the host must be healthy and have a balanced gut microbiota. If not eliminated, mycotoxins remove the beneficial bacteria and the gut pathogen increases in number.  The interactions between gut microbiota and mycotoxins play a significant impact on the development of mycotoxicosis. We are made up of around 30 trillion cells. The microbiome in your gut is approximately 130 trillion.

An amino acid called tryptophan can only come from food like egg whites, beef, and chocolate.  Once it is mixed with the bacteria in the gut, produces serotonin. It is a neurotransmitter that makes you feel good and happy.  Serotonin helps make melatonin, which enables you to sleep. So, when your gut is at its best condition, it will help eliminate mycotoxins.  That is why you can notice sleeplessness and depression in patients affected by mycotoxins.

So, it starts in the gut.  What happens is that dysbiosis causes gut inflammation, which initiates mucosal immune responses resulting in intestinal permeability. Thus, the bacteria and other bad stuff are able to reach your organs to cause damage.  The translocation of pathogens and harmful metabolites are now able to enter the intestinal epithelium. This then exacerbates the diseases.

Let’s talk about a particular mycotoxin called ochratoxin.   Ochratoxin depletes zinc, and we should be taking around 20-50 mg of zinc every day.  What it does is it stops the cell from functioning, and then the cell dies. It is absorbed from the stomach and jejunum.  It is known to alter intestinal barrier and absorption functions.

Moreover, albumin is the number one circulating protein in your blood.  According to a study, around 99.8% of ochratoxin is albumin-bound. It binds and locks itself to ochratoxin.  And you cannot pee it out. It is reabsorbed from practically any part of the nephron by both active transport and by passive diffusion.  What makes ochratoxin even more dangerous is that it crosses the placental barrier. Not only that, the highest ochratoxin level is found in breast milk.  So, not only will the expecting mother be affected, but her unborn child as well.

However, the critical point I’d like to make across is that if you’re sick, it won’t affect you.  You will only get affected if you’re in bad shape and when your immune system has been compromised.  Another problem we have to look at is that we’re not getting our nutrients from food. It has been reported that about 98% of our agricultural land is devoid of nutrients.  This was due to the fact that we did not let our agricultural land rest in between planting seasons. We also did not rotate the types of crops that were planted. At times, we have an overproduction of crops, and this can lead to improper storage.  As a result, some of our crops have mold, and we accidentally ingest them when we cannot see them, especially after they have been processed.

On top of that, our animals are being fed animal feed and are abnormally more massive than the average size–chickens can no longer stand because their breasts are so heavy.  There are around five times increase in the size of a regular chicken. The feed, as I’m sure you’d want to know, also contains arsenic. You can see that when you get to the bone of the chicken, you can see a purple color.  Arsenic, when it gets burned, turns purple.

Solving Medical Problems in Our Gut Caused by Mold

The key to solving medical problems caused by toxins is to detect the cause, remove the cause, and repair the damage it left.  You have to see the importance of proper diagnosis. You may ask, and this is why because if you get treated for the wrong things, it may do you more harm than good.  For instance, if your doctor is unaware that you have been exposed to mycotoxins and treats you with antibiotics, what it will do is to destroy the microbiome in the gut.  So, you’ll even get sicker in the process.

You have to have the definitive results through blood tests not just through symptoms.  For this, you can go to a laboratory and ask for the test that tests for 12 different mycotoxins.  The urine tests are not reliable, and MRI can only show you images of the structures but does indicate anything about function.  It does not show you which ones are working and which ones are not.

In toxicology, the rule is to the toxin or the toxin away from the patient or vice versa.  Second, you have to build back up the immune system while giving anti-fungals simultaneously.  You need immunotherapy, anti-fungal medication, melatonin, vitamin D3, C and B complex and for demyelination (CIDP): IVIGb (Intravenous GammaGlobulin) amongst others.

Diet for Your Gut Against Mold Toxicity

Around 80% of the immune system is in the gut, so this is a primary place to begin.  Your focus should be diet and probiotics. What we need are Bacillus spores. It facilitates immune modulation for childhood allergies, immune stimulation of peripheral T-lymphocytes and B-lymphocytes, less frequency of urinary tract infections and positive cultures, reduction in side effects related to anti-H pylori antibiotic therapy, treatment for small intestinal bacterial overgrowth, diminished duration of diarrhea in children 3-36 months, decreased incidence of irritable bowel syndrome diarrhea, and improvement in pain scale in rheumatoid arthritis patients.

We need to eat healthily and strengthen our body’s natural protection.  We have to avoid things that weaken our body’s immune system like drinking soda, not exercising, eating junk and fast food which ruins the gut.  If you believe that you are in an environment or you’ve been exposed to an environment with mycotoxins, go to a specialist and get tested so you can recover and take your life back.